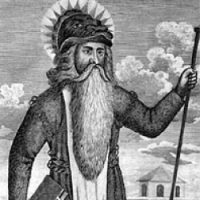 King William the Lion of Scotland was born to Henry of Scotland and Ada de Warenne sometime in 1143. William’s grandfather was King David I. In 1152 his father died and his elder brother Malcolm became heir to the throne.

King David I died a year later in 1153 and Malcolm took the throne as King Malcolm IV. After the death of his brother in 1165 William became King of Scotland.

William married Ermengarde de Beaumont, great-granddaughter of King Henry I of England in 1186. They had four children:

William died on 4th December 1214 and was succeeded by his son, Alexander.